We’ve been working on major changes to the game in the months since our last post. Phil made great strides on the mechanics from playtests. His updates meant there was a need for new changes in the card design, and Cindy delivered. Here is a preview of the new deck design. 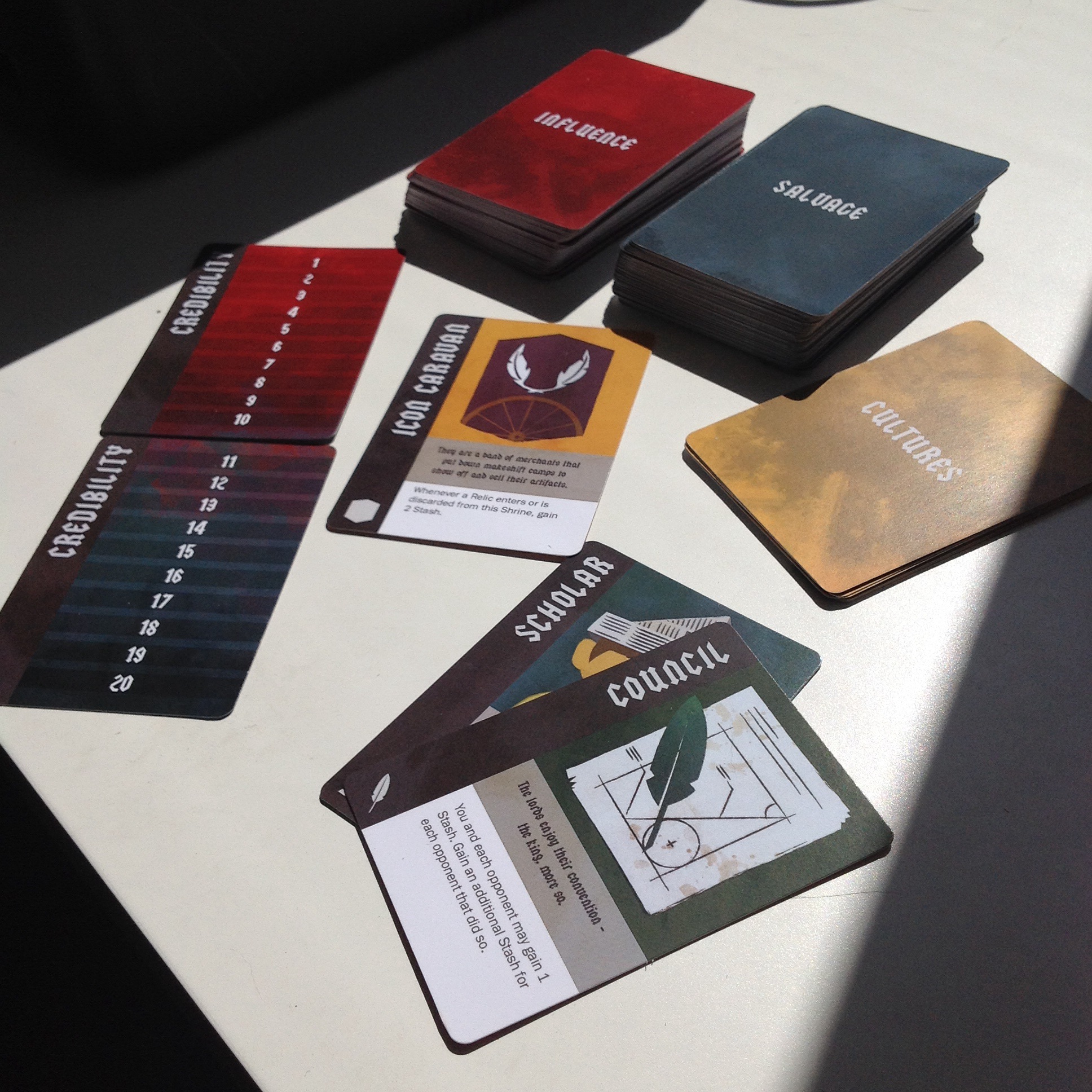 The most important changes come from Phil’s removal of a lot of components from the previous prototype. There were a lot of things on the left sidebar that are gone now, and as Cindy said, ” less complexity is always a good thing.”

The deck is neatly divided by the colors of the back of the cards. The backgrounds and back of cards all have a weathered aesthetic to fit the theme and Cindy’s art.

Here is the before and after of one of the Influence Cards, Revisionism. You can see the changes in font, icons, background color, and size of the text boxes. The overall dark tone of the new card helps push the dirty look we are looking for. It works great with the Follower and Shrine cards.

While they’re not include in these photos, I had some updates of my own. Since the design changes also affected the Culture cards, I made sure that those made sense thematically. Those were rewritten as well. Stadium, one of the Shrines, also needed a flavor text change since Phil made extensive switches on it. I also fixed the title of a Relic that’s been bothering me since I got on this project.

There’s the matter of one more major change left. The three of us would like to change the name of the game – the more we’ve pitched the game to others the more we’ve come to the conclusion there’s a better name we can use. When the time comes, we will release that as well. Hope you enjoyed the update!