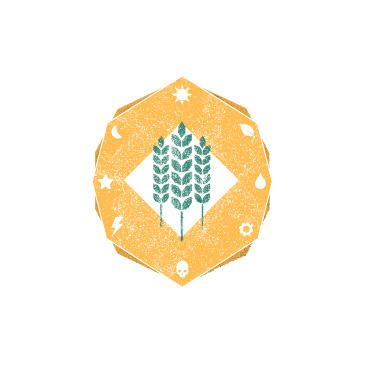 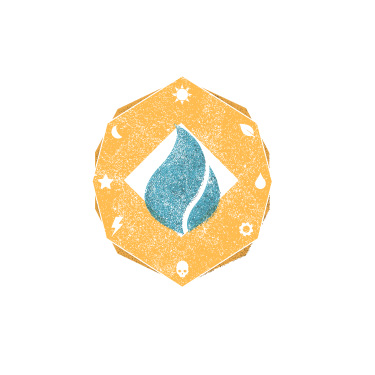 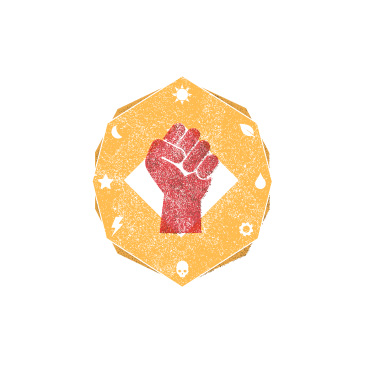 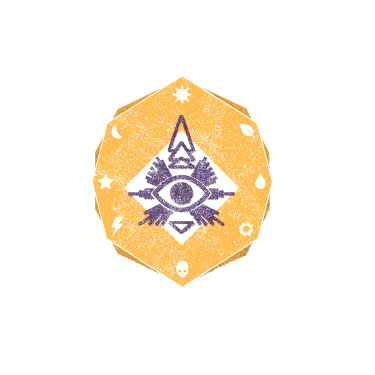 We have been especially productive these past few weeks and have been getting a lot of playtests in. I’m really happy with how the game has been playing. It feels like we’ve reached an important development milestone. Most of the feedback from our recent playtests has been about individual card balance and improving the way our cards communicate information. It’s a pleasant change and I’m excited about shifting my focus to address these challenges.

The main reason we’ve been able to get in so many playtests lately is that we figured out an effective way to play the game online. Having in person meetups has been great, but I had been searching for an easy way to play with remote friends and teammates. I learned about a really cool tool called Roll20 that was often used to play pen and paper role-playing games online. However, it is flexible enough to allow the creation of all kinds of games, including ours. 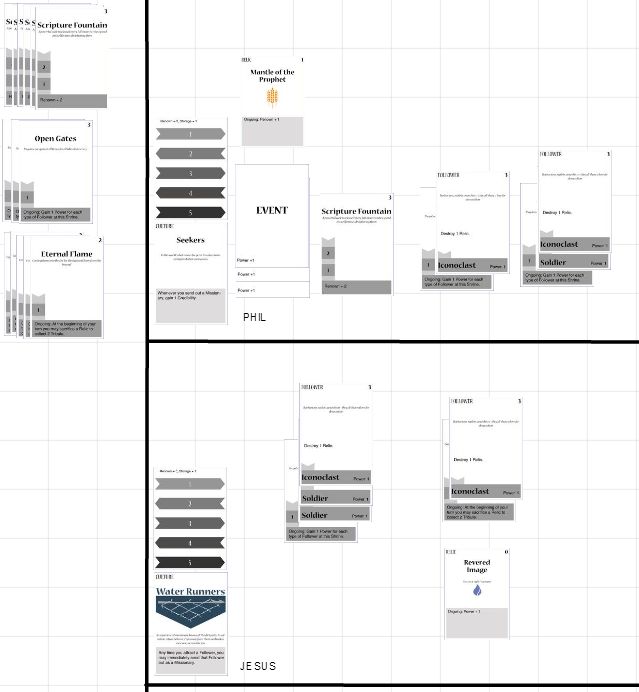 The above picture is a zoomed out subsection of a game the team played over the weekend. It took quite a bit of effort to put the prototype together, but it actually took less time than printing out a physical copy of the game. Roll20 isn’t perfect and often requires a bit of fiddling, but the ability to play with people on the opposite coast is well worth the effort. I definitely see myself using this tool as a supplement to physical playtests for the duration of this project and for future projects.

Here’s another mechanics video. Hopefully the quality is a bit better this time around.

At a recent playtesting meetup, I was able to sit out and observe people play our game. I highly recommend that designers do this, because it allows you to really pay attention to people’s body language during the experience. It was plainly obvious that players were becoming bored waiting for their turn to come around. And as the designer, that’s really hard to watch.

So, despite our efforts to speed the game up, we still had a serious problem with turn length. Thankfully the playtesters and fellow designers that go to the meetup gave great feedback. Based on their advice we’ve made a change that has had an extremely positive impact on the game.

The core of the problem was the introduction of new information during a player’s turn, primarily in the form of drawing cards. Every time a player drew a new card, they had to read the card and re-optimize their strategy for the turn. This could slow down the game to a crawl. And since they could use the cards to continue a combo, it compounded the problem.

One thing we could do is simply take away card draw, except for at the end of your turn. Since the cards are also your currency, I felt this change would make the game too watered down and boring. Another option would be to take away card draw, but to allow the players to gain temporary currency during their turn that they could use to pay costs. However, we didn’t want to add any additional materials for players to track that with.

With those things in mind, we came up with the new Tribute mechanic. Now whenever a player would have drawn a card during their turn, they instead collect a Tribute. They do this by drawing an Influence card and keeping it face down in front of them. Players can use Tribute to cover any costs during their turn. If they have any Tribute left over at the end of their turn, they draw it into their hand.

This solution retains all the fun combo mechanics, eliminates the introduction of new information during a player’s turn, and doesn’t introduce any new materials or cards. So far, the playtests I’ve done with this new mechanic (including one online using Roll20) have gone extremely well. The turns were going much faster and the players, including myself, were having much more fun.