It’s been quite a while since I’ve done one of these. The game has gone through some dramatic changes over the past few months. I took a look through some of the past posts to get a sense of where the game was when last we spoke. I was amused to find how many of the innovations we’ve had over the course of development have also been discarded for something better. We’ve really come a long way with this game and we have learned a lot. So let’s talk a bit about what we have learned this time around.

Back around October of last year the game was feeling bloated and overly complex. We fell into this trap of adding a new mechanic every time we discovered a new problem. Games would drag on and turns were way too long. Playtesters would often give the suggestion of limiting the number of things that could be done during a turn. I had overlooked this feedback for a long time, since it would be a major change and I had no idea how to implement it without breaking the game. I eventually became so dissatisfied with where the game was at that I took the game back to a more early stage prototype using index cards. From there it was easier to try out some of these suggestions and build the game back up. We boiled the game down to the core fun mechanics and took the knife to anything superfluous. Let’s talk about what’s changed.

One of the main goals was to speed up turns so that all players would remain engaged throughout the game. The plan was to do this through some sort of limit on actions per turn. However, I didn’t want to simply dole out action points. I wanted this limitation to feel more natural and be part of the mechanics of the game. Our solution was to simplify the relative value of Influence cards, so that the number of cards in your hand represented the number of actions you could take. All actions now cost 1 Influence to perform. Alternatively, you can discard an Influence card to perform the action written on the card. During your turn, actions you take will sometimes reward you with Influence that can be spent next turn, up to a maximum of 5. This creates a soft limit of 5 actions per turn, but is based on what the player does during the game. I find this system much more natural and easier to explain.

Another goal was to make the game simpler to explain. I wanted to reduce the amount of effort a player would have to take in order for the rules to click with them. With that goal in mind, we removed the capacity mechanic from Shrines. Instead of requiring a certain number of Followers before the Shrine would activate, Shrine effects are now triggered based on player actions. For instance, a Shrine may now do something when a Follower enters it or provide some passive benefit to the player as long as there are 2 Followers in it. Doing it this way allows the card to completely explain how it functions and reduces the reliance on the rulebook to explain how cards interact with each other. It has the added benefit of simplifying the visual design of the card, while allowing more interesting mechanics.

We had another win for simplicity by eliminating the concept of Missionaries. Followers had this dual state system where they started as Followers and became Missionaries. As Missionaries, they remained as part of your tableau and provided you benefits. We liked the idea thematically, but we always found it challenging to get people to understand how the mechanic worked. Now Followers are simply able to be sent on a mission. Doing so costs 1 Influence and requires you to discard the Follower. The Follower card describes the benefit you receive when you send them on a mission.

Something I think our game has been historically bad at has been respecting the amount of space the game requires to play and how complex it is to set up. A more complicated initial setup often means an equally complicated storage system, both of which just create barriers. How much more likely is it that someone will play your game if it only takes 1 minute to set up and play? With this question in mind we merged all the core cards into 2 decks – one deck for Influence, and one for Followers, Relics, and Shrines. This greatly simplified the play space and setup. There are some downsides to doing this, such as making draws less predictable. We combated this by adding some cards that enabled players to manage the card pool and find the cards they needed. Ultimately though, our thinking came down to the type of game we are trying to make. Are we OK with the game being less about predictability and fairness for the sake of simplicity? I think a lot of the mistakes we have made over the course of development have been a result of too great a focus on fairness and not enough focus on fun. The recent changes have been a big course correction in that regard.

So where does that leave us? The game rules are quicker to explain. It’s easier to setup and takes less time to play. There are less components and there have been lots of quality of life improvements for the player across the board. Those all feel like huge wins to me. Also, have you seen the art lately? It looks amazing! 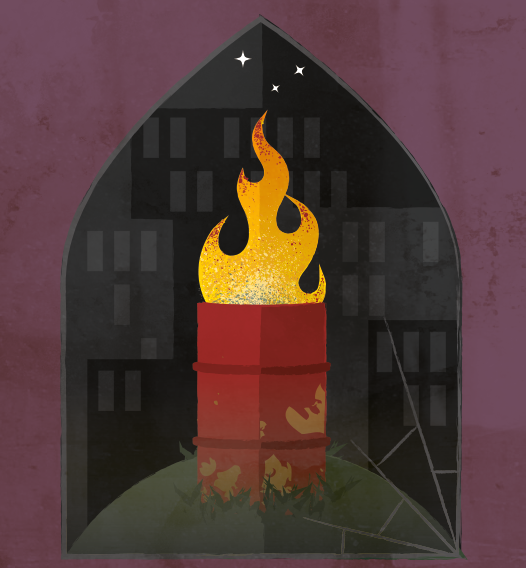